Working in Tandem for Puerto Rico

Working in Tandem for Puerto Rico

From damage, devastation, and disruption, the island of Puerto Rico has experienced several types of destruction over the last 5 years. To rebuild anew, a foundation is needed. Brothers Regis and Emmanuel Colon know a thing or two about laying the groundwork both within their family and their work. Natives of the island of Puerto Rico, the brothers experienced the devastation firsthand.

Both Emmanuel and Regis have powered through adversity in their lifetime. Although, nothing has been more challenging than the past several years on the island. In 2017, Puerto Rico faced a daunting challenge that would change the lives of millions of Puerto Ricans forever.

In 2017, hurricane Irma, a category 5 hurricane ravaged Puerto Rico starting on August 30th of 2017. This caused widespread power outages and water service interruptions for several days. Less than two weeks later, the category 4 hurricane Maria pummeled the island with peak winds up to 155 miles per hour.

Many parts of Puerto Rico received at least 15 inches of rain within a 48-hour period. 100 percent of the power grid and 95 percent of cellular sites were affected. Over 97 percent of roads were impassable. More than 40,000 landslides occurred, and over 95 percent of Puerto Ricans were lacking safe drinking water. Almost 3,000 people lost their lives according to the Homeland Security Analysis Center.

Hurricane Maria was labeled one of the most intense hurricanes to make landfall in Puerto Rico since 1928. The back-to-back hurricanes left long-lasting disturbance to the island. After the chaos created by both hurricanes, December 28th, 2019, brought a series of devastating earthquakes that lasted more than a week.

Both Regis and Emmanuel knew they had a mission for their homeland of Puerto Rico. “We want Puerto Rico to be around for our family in the future” said Regis Colon of Concre-Tech. Both Colon brothers worked in tandem with the R3 program (Home Repair, Reconstruction or Relocation Program) to help in the rebuild of Puerto Rico.

The R3 Program is designed to help families in need that lost their home in natural disasters providing relief for homeowners. The goal of the program is to help rebuild 10,000 homes. For both Regis and Emmanuel, helping in the rebuild of Puerto Rico after the devastation was very special to them. “We have seen people suffer so much. When we would go to work and see the owners of a lot, you see their faces, they realize that we are working where their new house is going to be, it’s just a wonderful feeling” says Regis.

Both Regis and Emmanuel teamed up throughout their lives and know the pumping business like the backs of their hands. “From A to Z, we do a little bit of everything” says Regis. For the job of rehoming thousands of Puerto Ricans, Emmanuel and Regis have an entire fleet of used Schwing concrete pumps fully refurbished by CPR (Concrete Pump Repair). “It’s a great feeling for us and the company. After hurricane Maria, getting to see people getting new houses and having a secure place to live now is a joyful feeling. Especially after they see the final product,” said Emmanuel.

Since the landfall of hurricanes Irma and Maria, Concre-Tech has helped build between 50 and 75 homes for families within the R3 program. “There’s so many in need after all of these disasters. Their quality of life has suffered so much. It’s a wonderful feeling to help them rebuild,” said Regis.

For the Colon brothers, their relationship and their work go hand in hand. Regis, the president of Concre-Tech says “When it comes to doing a job, Emmanuel and I have known each other for so long that if I am missing something, he will see it and help fix it. If he is missing something, I will see it and help fix it. It goes the same both ways. It’s very special.” Although the brothers have been in business together for 16 years, pumping concrete has been in their family for the long-haul. After their father passed away, their mother kept the business to which the brothers now operate. “Businesswise and familywise, we have a great relationship. We work together and we do it well” says vice president Emmanuel Colon.

From destruction to reconstruction, both Emmanuel and Regis keep pushing through to provide for the island of Puerto Rico. Although their main work has been helping in building new homes for families, they have also worked to help rebuild schools in the community that had been taken by the hurricanes. They continue to work on several projects throughout Puerto Rico including a reconstruction of several roadways and highways on the island.

To learn more about the R3 program and how they work with Puerto Rico, visit cdbg-dr.pr.gov. 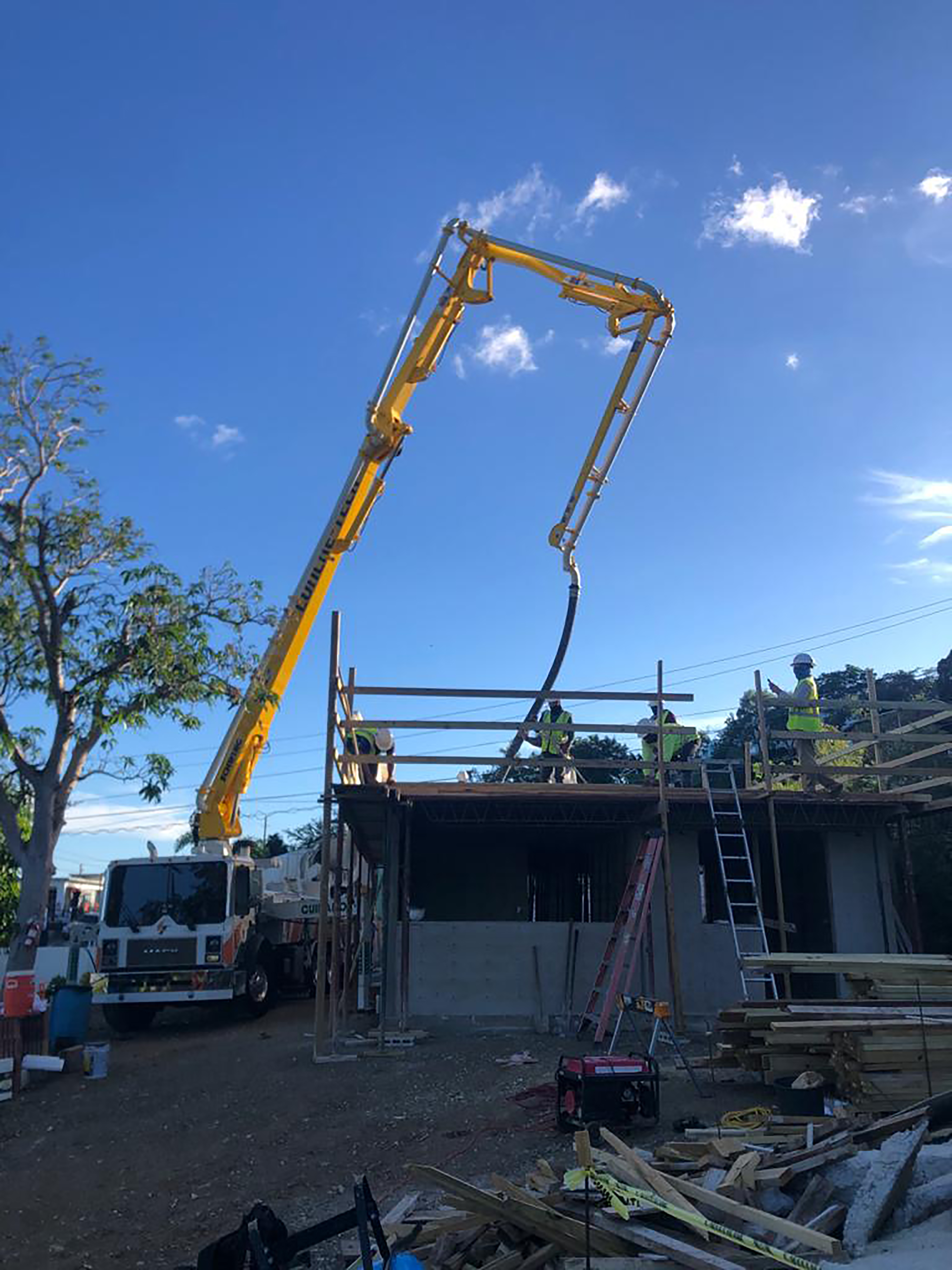 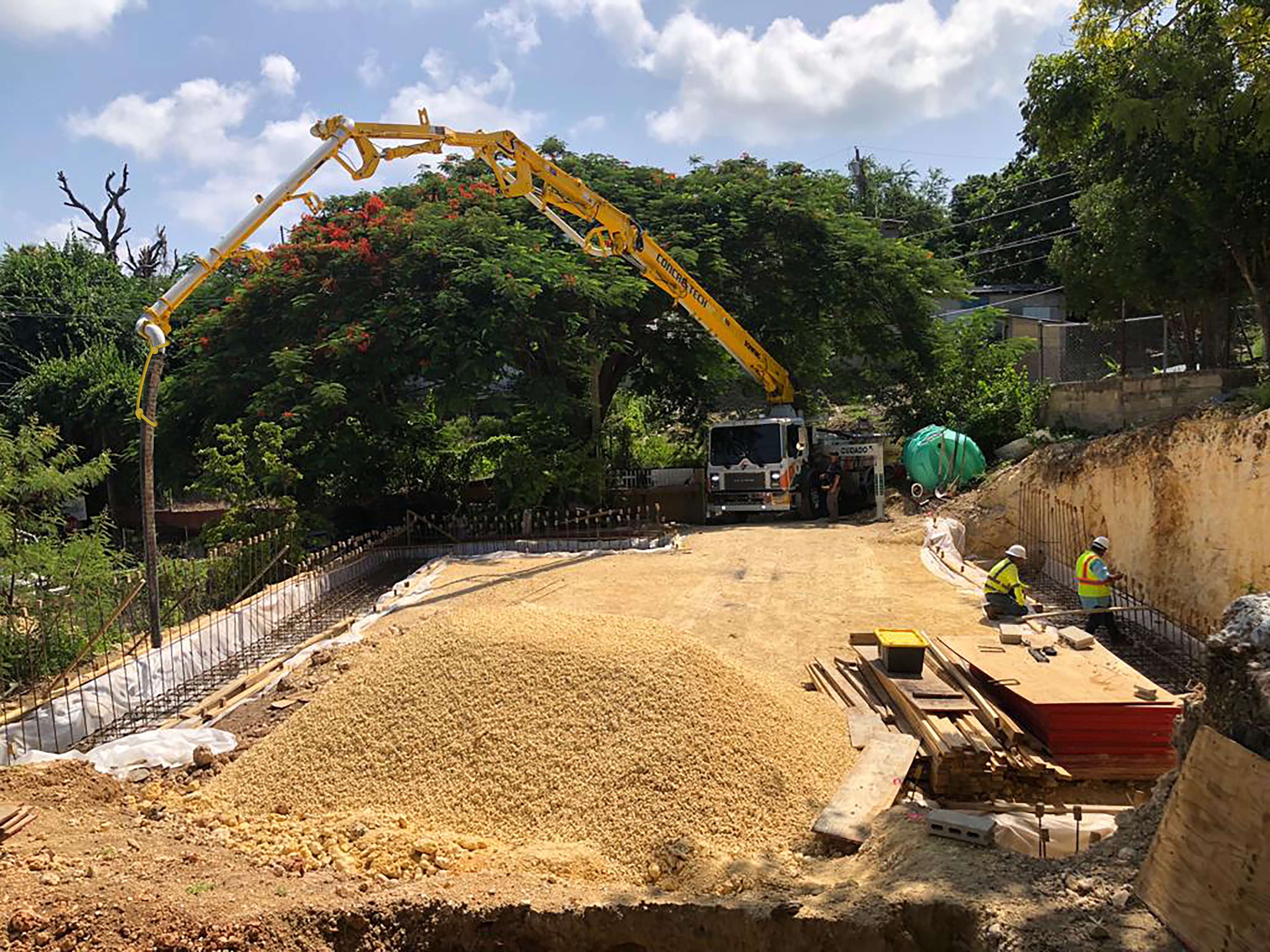 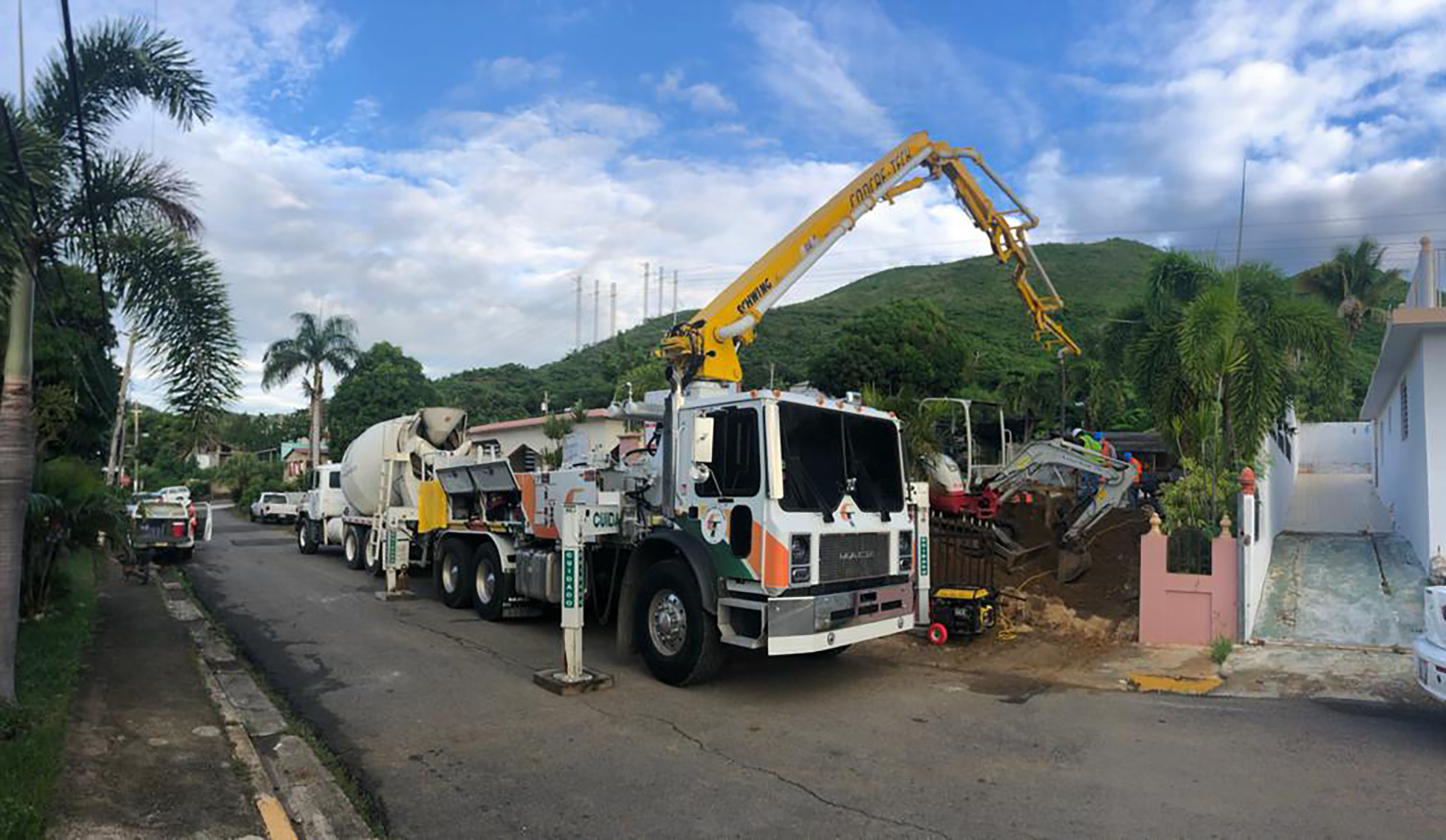 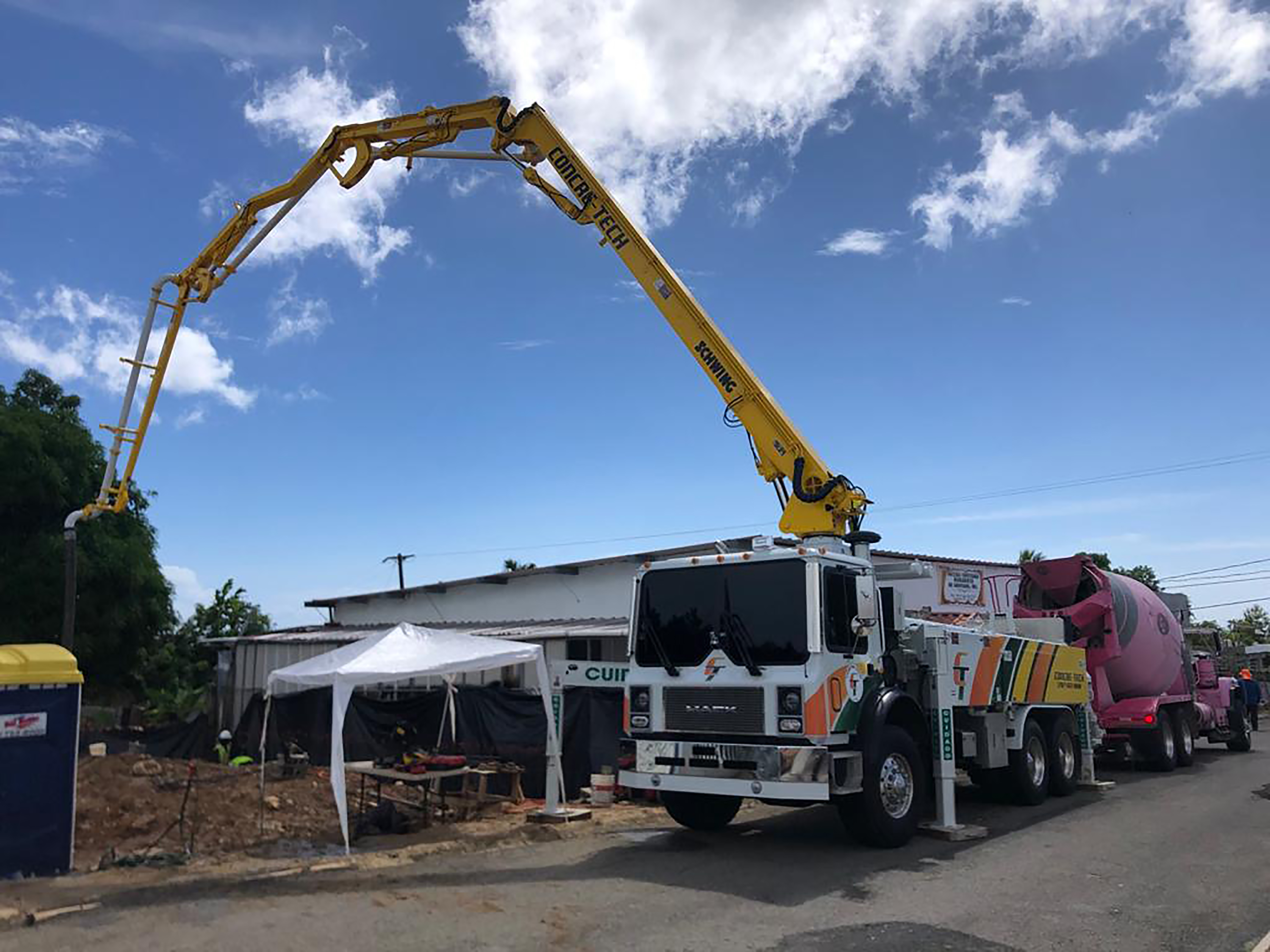