Going with the Flow

Traffic congestion is a major pain point of cities anywhere in the world. Denver, Colorado is no exception. In the city there is a 10-mile stretch of highway, Central I-70, that separates several communities and is known as one of Denver’s economic backbones. This stretch of highway is aligned with over 1,000 businesses, provides a connection to the always buzzing Denver International Airport and carries roughly 200,000 vehicles per day.

With Denver’s continuous population and economic growth, it became clear that Central I-70 needed an update to the current infrastructure. Not only will this improve the flow of traffic, but it will also advance the flow of all the surrounding neighborhoods.

The re-construction of the Central 70 Project for this portion of the highway would improve both traffic and community conditions. The plan includes adding a new express lane in each direction, remove the 50+ year-old viaduct, lower different parts of the interstate and placing a four-acre park over a portion of the lowered interstate to create a place for the community to gather.

Southwest Concrete Pumping out of Colorado was tapped to pump concrete for Kiewit Construction for a portion of the I-70 project.

“We knew this project was coming up. It was all over the news and a huge project here in Denver. We were excited and ready for it,” said Eric Ball, operations manager for Southwest Concrete Pumping.

The first order of business was the demolition of 52,000 cubic yards of concrete that needed to be removed, along with 1,025 tons of steel that was removed and recycled. The original design for the project began in January of 2018 with construction starting in September of 2018 and will continue through the end of 2022.

Eric was born and raised in Denver which made him familiar with the issue that the I-70 corridor presented.

“The viaduct kept the neighborhoods completely separated, the lanes were always tight causing tons of traffic and if there was ever an accident up ahead, you would be backed up for miles,” said Ball.

In January of 2019, Southwest Concrete Pumping began their job pouring over 52,000 yards of concrete for the I-70 project. Ball said that he knew there would be certain challenges along the way with such a large project. The biggest issue they ran into was maintaining traffic flow on an already busy freeway.

The amount of equipment used for the project included a wide range of pumps according to Ball. “We threw the entire arsenal at this project, but the most helpful for us was the SCHWING 31XT and the 20-meter because of the way they helped us in tight spaces,” he explained.

Southwest Concrete Pumping used everything from the 20-meter SCHWING pump to the 65-meter SCHWING pump for this project. Ball shared that the telescopic action from the 31XT gave them more wiggle room to do more in tighter spaces since they initially had to work underneath the flow of traffic. During the project, Southwest Concrete Pumping purchased another 20-meter because it was integral to the success of this project and wanted to use the same boom pump in the future.

The completion of the Central I-70 project will give Denver a wide-variety of advancements all the way from safety to entertainment. The initial improvement will be the widening of the travel lanes for smoother traffic and better emergency response. The area will deliver better connectivity that not only connects everything from north to south and east to west, but includes the aforementioned park that will connect the neighborhoods over the newly covered ten-mile stretch of highway. This four acre park will feature two soccer fields, multiple splash pads, an amphitheater, a playground and much more. Surrounding businesses will also benefit from a smoother flow of traffic with the added express lanes along with less pollution.

Although Southwest Concrete Pumping had a true test in tackling the Central I-70 project, Ball said that he always believed in his group. “Even though we knew about this challenging project for a long time, I was more than confident that our group could get it done right. These people have passion for work like this,” said Ball. The project is slated for completion by early 2023.

“The whole project was amazing, the entire ten-mile stretch. It was great to see it being developed,” said Ball. Ball says he’s excited to see how the neighborhood comes back together after all of the work is finally complete.

To learn more about the ongoing Central I-70 project, visit www.codot.gov/projects. 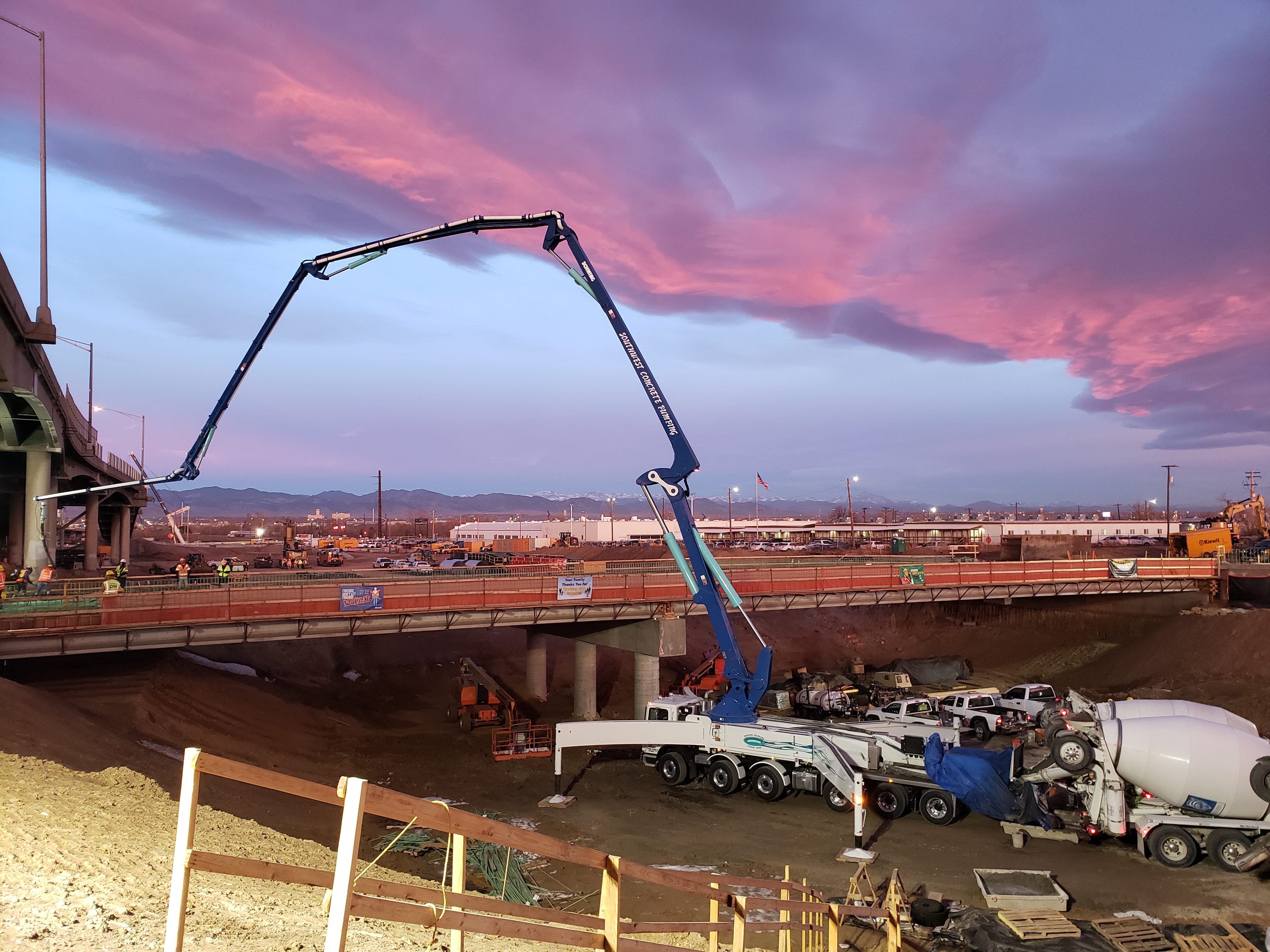 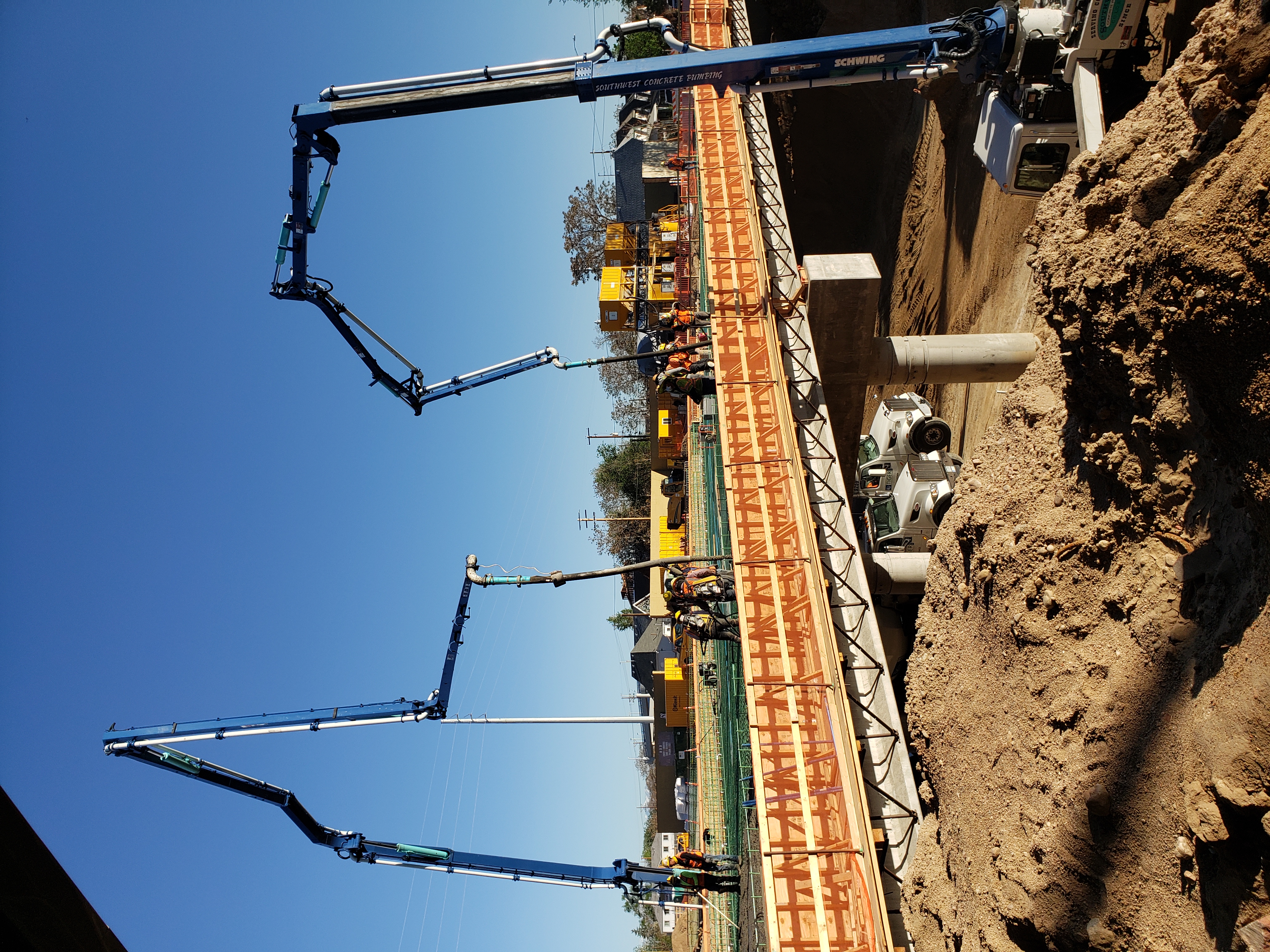 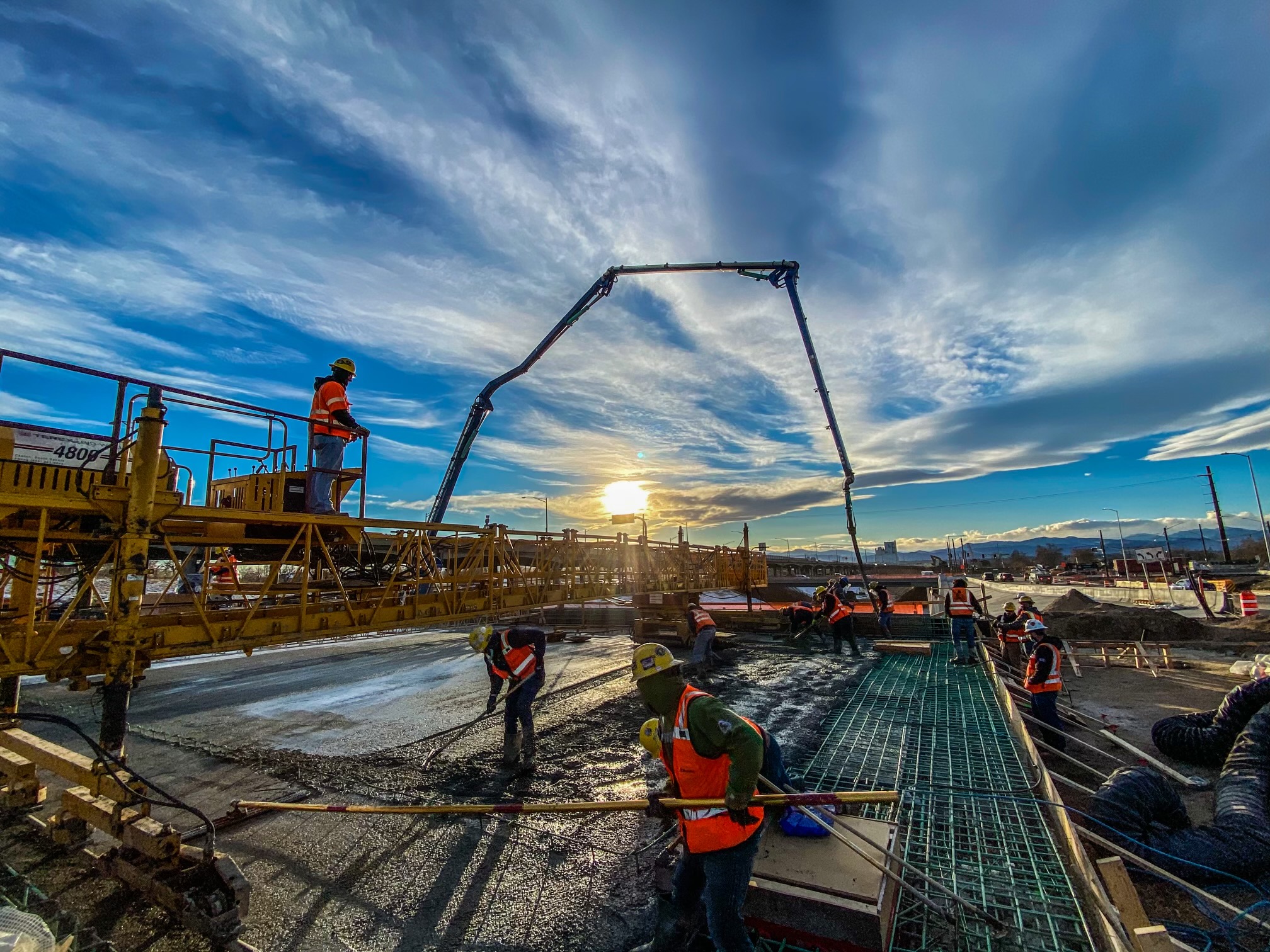 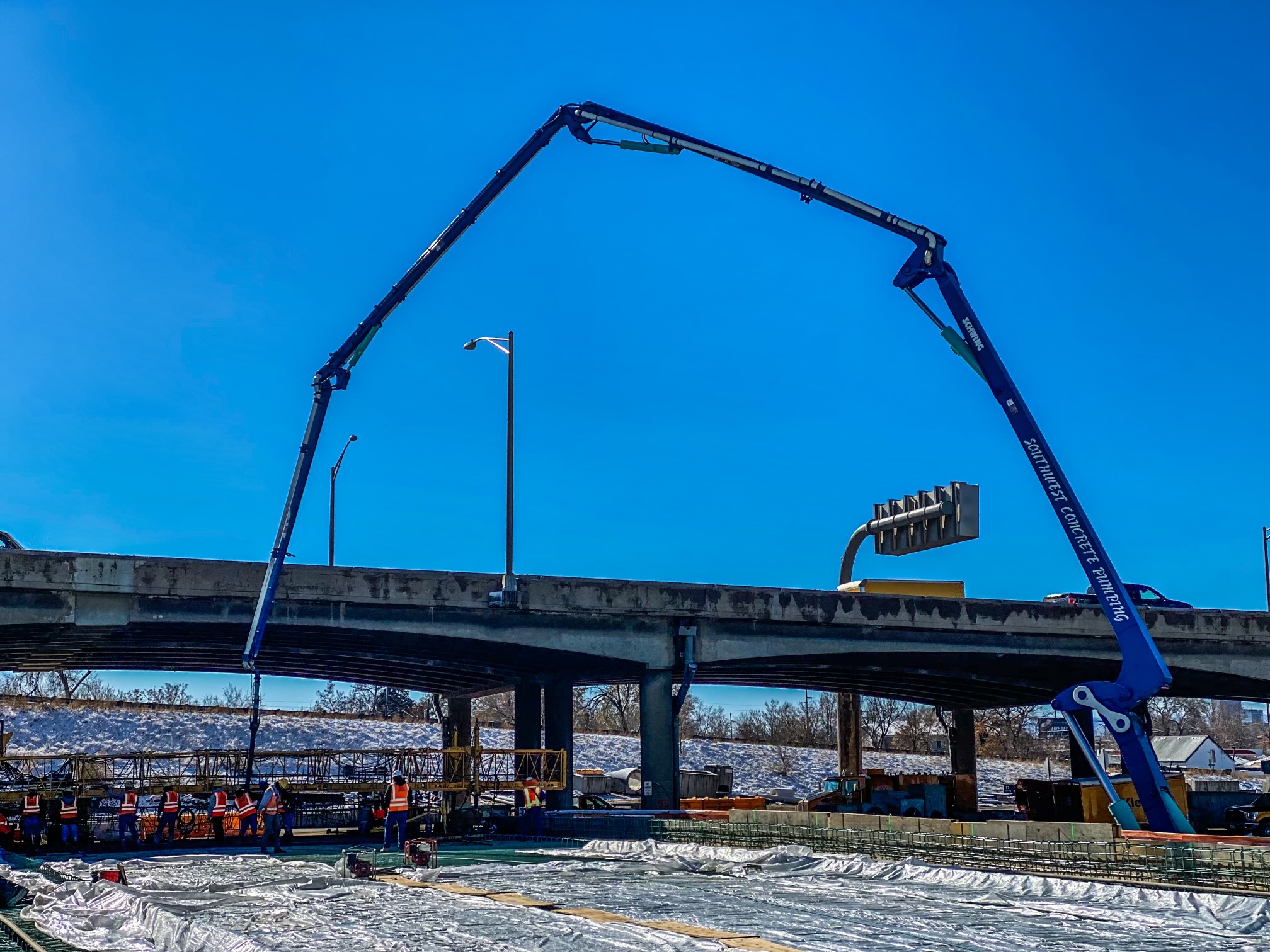