The Job of a Lifetime

The demolition of Qualcomm stadium in San Diego, California marked the end of an era of memories for the Pernicano family. It also meant the race was on to build the new home of the San Diego State Aztec football team for the 2022 season. Although getting rid of Qualcomm stadium left a hole in the city, this made way for the state-of-the-art Snapdragon Stadium that will hold 35,000 cheering fans.  Snapdragon stadium is centered in the heart of San Diego’s Mission Valley.

August of 2020 marked the groundbreaking for the new stadium that will sit directly on the site of where the former Qualcomm stadium once stood. But like many large projects in the San Diego area, the topography with hills and uneven worksites would present challenges, and unique opportunities.

Founded in 1993, San Diego Concrete Pumping welcomed the opportunity of a lifetime and the location challenges that came with pumping for the decorative concreteacross the new Snapdragon Stadium. The work included structural walls and the main plaza area.  When it comes to a job of this size, CEO Chris Pernicano Sr. added “We’ve never done anything like this.”\

With the hype leading up to the 2022 college football season, both Chris Sr. and Chris Jr. said they were just lucky to be considered for this high-profile job. “The exposure has been incredible. Qualcomm was the place that we all grew up going. Padres’ games, Aztec football games, Chargers football games, you name it, we were there,” said Chris Jr.

The Right Tool for the Job

The job for San Diego Concrete Pumping began on August 1st of 2021. Chris Sr. highlighted that because of the geographical areas with hills up and down the west coast, there is a larger market for trailer pumps. “In San Diego, there are hills everywhere and you cannot get a large concrete truck backed up to anything. The streets can be too narrow. The property is too congested, so we used a truck mounted stationary pump,” said Chris Sr.

To pour 6,500 yards for the decorative concrete of the stadium, the crew utilized a SCHWING SPTO 1250 pump for the entire job. The SPTO 1250 was mounted on a Kenworth T270 truck to give it more horsepower than a smaller truck chassis. The Kenworth also doesn’t require a CDL to drive. “This pump allowed us to be very versatile with the project because of its very small footprint, and we did the entire job with this pump,” said Chris Sr. He mentioned although boom pumps are extremely helpful, a truck-mounted stationary pump was necessary to handle a job such as this where you need to reposition many times on a challenging job site. The truck mounted stationary pump also provides ample storage for pipeline, hoses, and clamps, with its large deck and frame mounted toolboxes.

This job was special to the Pernicano family for several reasons including a father and son working on the stadium together. “My son, Chris Jr. worked on the safety requirements for the job” said Chris Sr. Chris Pernicano Jr. is the safety manager of San Diego Concrete Pumping. “My dad had a lot of trust in me to manage the safety aspect of it. He let me take it and run with it,” said Chris Jr. “It’s been great working with my dad, and he knows I’m a stickler when it comes to safety,” said Chris Jr. General contractor Clark Construction worked alongside San Diego Concrete Pumping for six months to make sure all safety requirements were met. “We pride ourselves on doing everything safely,” added Chris Jr.

Supply chain issues occurring around the country have also affected the concrete industry. “It’s no secret that we are having a shortage,” said Chris Sr. With the entire country feeling the pain of the supply chain constraints, Chris Sr gave thanks to his teammates, “In wrapping this project up, Jonathan Fabry of hardscape and landscaping supplier Brightview has done a phenomenal job meeting the deadlines with Clark Construction amidst a cement shortage.”

According to both Chris Sr. and Jr., it was an honor for San Diego Concrete Pumping to be involved in what replaced Qualcomm stadium. Continuing a relationship of collaboration with Brightview, Chris Sr. added, “To work with our crew alongside Clark Construction and Brightview has been an honor for us. Additionally, our office manager Lynell Troyer stays on top of our paperwork and is a huge part of our success.”

Long Days on the Job

The longer days of helping build the stadium were a big reason why the crews were able to stay on track. “I would show up at 5:30am and not leave until 9:30pm at night. We would be pumping all day long for four days a week. Those long days allowed us to stay on schedule. You can’t rely on every single pour going perfectly as planned,” said Chris Jr. According to Chris Jr, it wasn’t easy at first getting comfortable with the bigger job, “I was anxious getting going on such a high-profile job, but then after a while, it was just like riding a bike. I thought to myself, I have been here before and we can do this. We had the exact tools we needed for the job,” said Chris Jr.

While on track for the college football season to begin, both Chris Sr. and Jr. said that seeing the progress has been the best part. “It wasn’t just us pouring concrete. It was cool to see all the landscaping they got done, polishing, and sealing of the concrete, having all the seats put in etc. There were people working around the clock,” said Chris Jr.

Chris Jr. touched on how smoothly he and the surrounding teams worked on those longer days, “We worked like a nice watch. Mentally you have to be solid. It’s nice to be in the moment and realizing that you are doing a good job on something that is going to be a staple in Southern California for years to come.”

For the Pernicanos, the job was personal. Chris Jr. grew up right up the hill from Qualcomm stadium. Chris Jr. said, “When they tore Qualcomm down, it was sad, I was distraught, but being able to work on this new stadium was so cool because it’s going to be around for so long and there’s a rich history of San Diego State football in my family.”

Both Chris Jr. and Sr. highlighted how happy they were to work together on an unforgettable project. “It’s been great working with my dad because If I have a problem, he answers the phone 24/7, so I know that I can call him if I need anything at all,” said Chris Jr.

“For Christopher (Chris Jr.) and I, it was a high-profile project. I was in the background supporting him. He has only needed me a handful of times on this project. I can’t say enough about my son.” said Chris Sr.

The San Diego State Aztecs college football team will have a new home field when they kickoff the 2022 college football season by hosting Arizona on September 3rd. Snapdragon stadium will open its doors to welcome 35,000 fans for games this season. To see more details on the stadium, please visit snapdragonstadium.com. 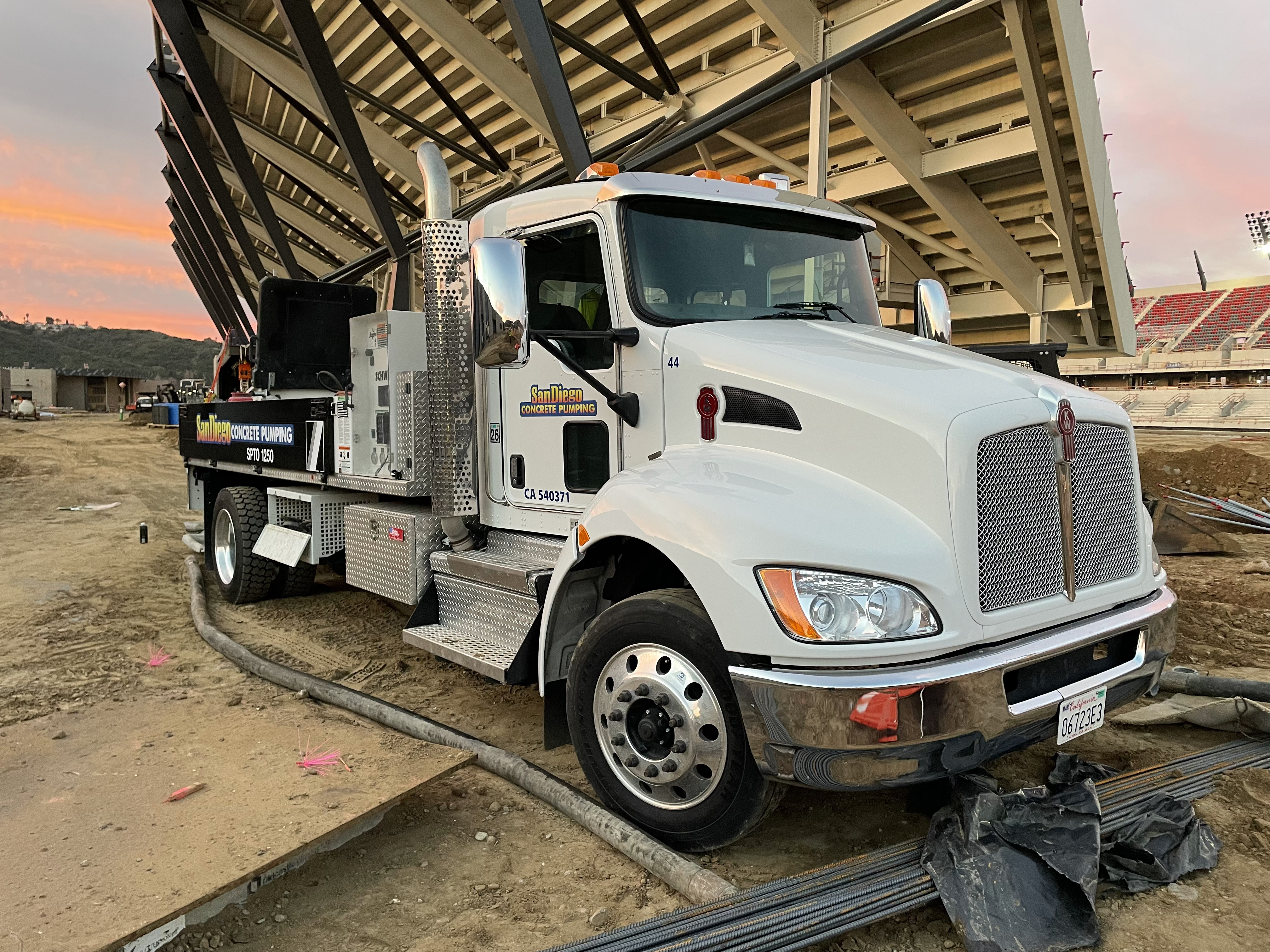 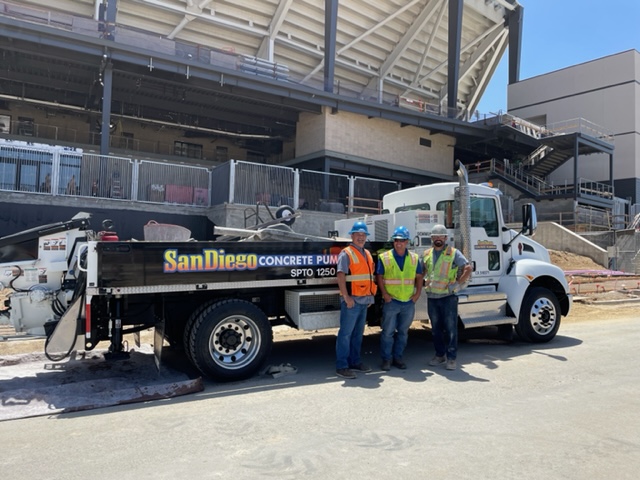 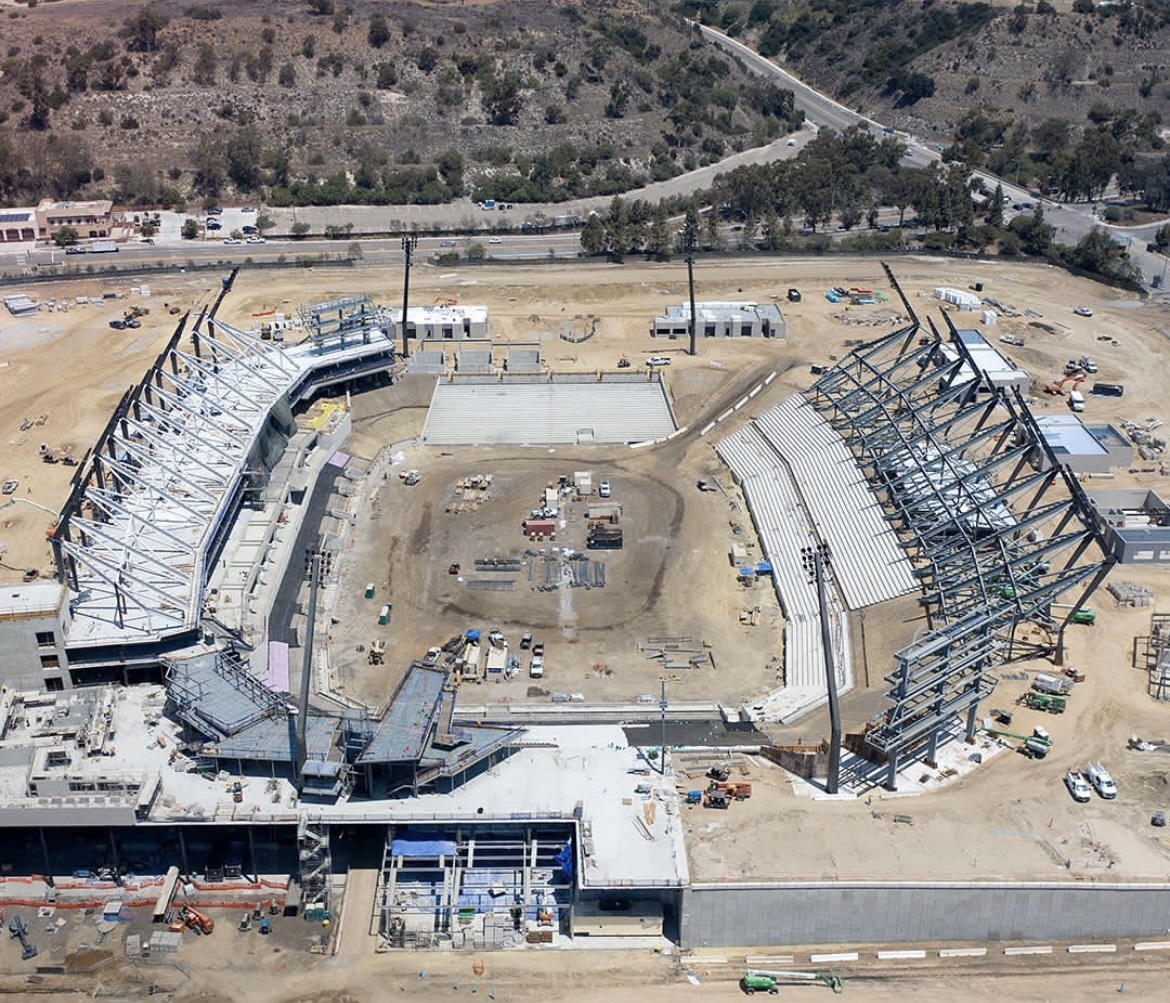 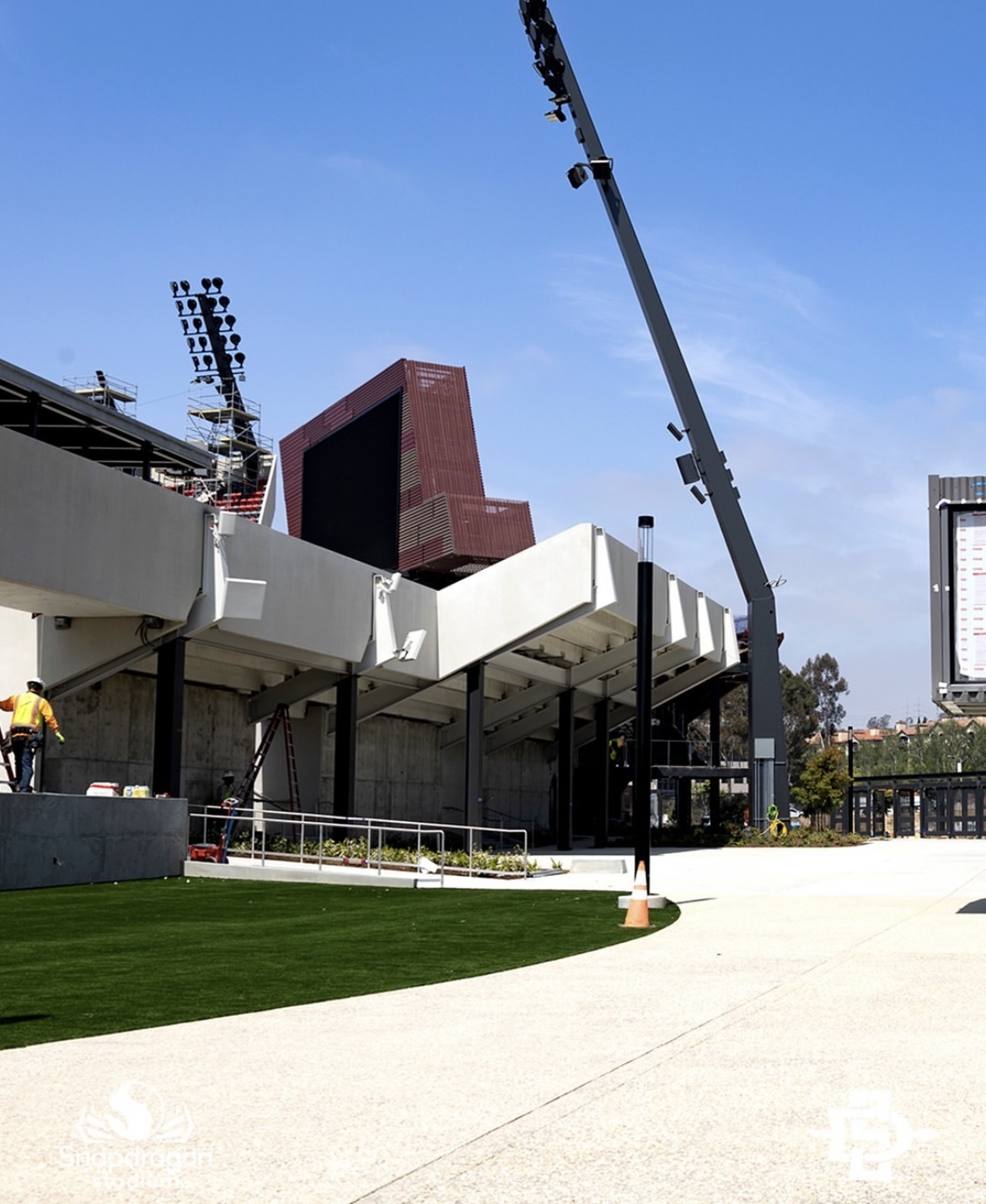