Sign up here to get in touch with SCHWING!

Sign-up for the Schwing E-news and get updates, deals, and more. 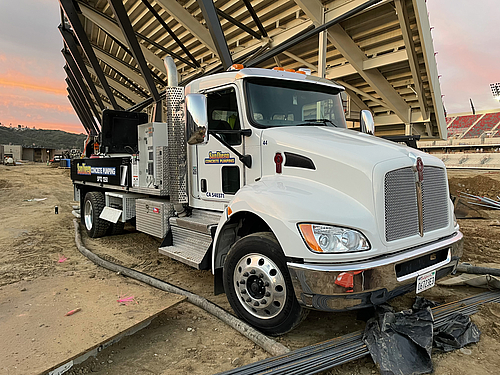 The Job of a Lifetime

The demolition of Qualcomm stadium in San Diego, California marked the end of an era of memories for the Pernicano family. It also meant the race was on to build the new home of the San Diego State Aztec football team for the 2022 season. Although getting rid of Qualcomm stadium left a hole in the city, this made way for the state-of-the-art Snapdragon Stadium that will hold 35,000 cheering fans. Snapdragon stadium is centered in the heart of San Diego’s Mission Valley.  Read more 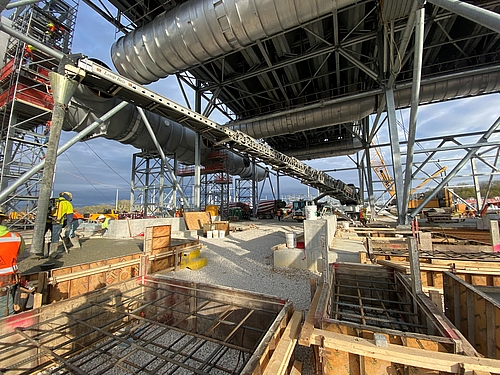 When working on two combined-cycle power plants, it is important to get the equipment necessary to finish the job efficiently, effectively, and safely. Located in Illinois, Jackson Generation Energy Center and Three Rivers Energy Center have both required several specialized pieces of equipment to complete the jobs. Read more 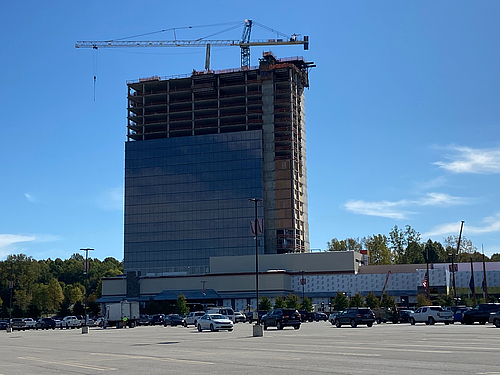 Pumping to the Four Winds

Risking overstatement, there’s not much that FA Wilhelm Construction cannot do. The contractor’s list of capabilities is seemingly endless, encompassing everything from carpentry to HVAC to plumbing to electrical to structural steel to, of course, concrete. It makes perfect sense then, that the Indianapolis-based company was called upon to head up a hotel project that, when complete, will be part of a casino — a casino that they’d also built several years back. Currently wrapping up the concrete facet of the job, Wilhelm has had outstanding success, utilizing a number of truck-mounted pumps as well as a Schwing S 39 SXD detachable unit which has served as the placing boom for the majority of the structure. As Wilhelm prepares to transition from the role of self-performing concrete contractor and begin tapping its other areas of expertise, they acknowledge that, despite pandemic-related setbacks, things could not have gone any smoother.